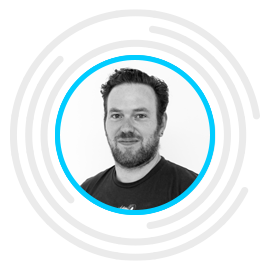 Miga Bär is a post production specialist with over 10 years of experience in feature film and episodic drama. He joined Netflix in September 2018 and currently manages the Production Workflows team in EMEA. In that role, Miga and his team actively support all productions to help them adopt new workflows and navigate Netflix’s tech specs and best practices, while actively keeping the production’s creative intent top of mind. Before joining Netflix, Miga was Filmmore Amsterdam’s DI Technical Director. In that position he was a consultant to the DOP’s, DIT’s, post production supervisors and editors that worked on productions finishing at Filmmore. During his tenure at Filmmore, he has worked on productions like Martin Koolhoven’s BRIMSTONE, Whit Stillman’s LOVE & FRIENDSHIP and Lucrecia Martel’s ZAMA. In the past, Miga has worked as independent post production supervisor and as head of production and ICT at the Netherlands Film Festival.