Posted at 13:24h in News by Sophie Bourdon 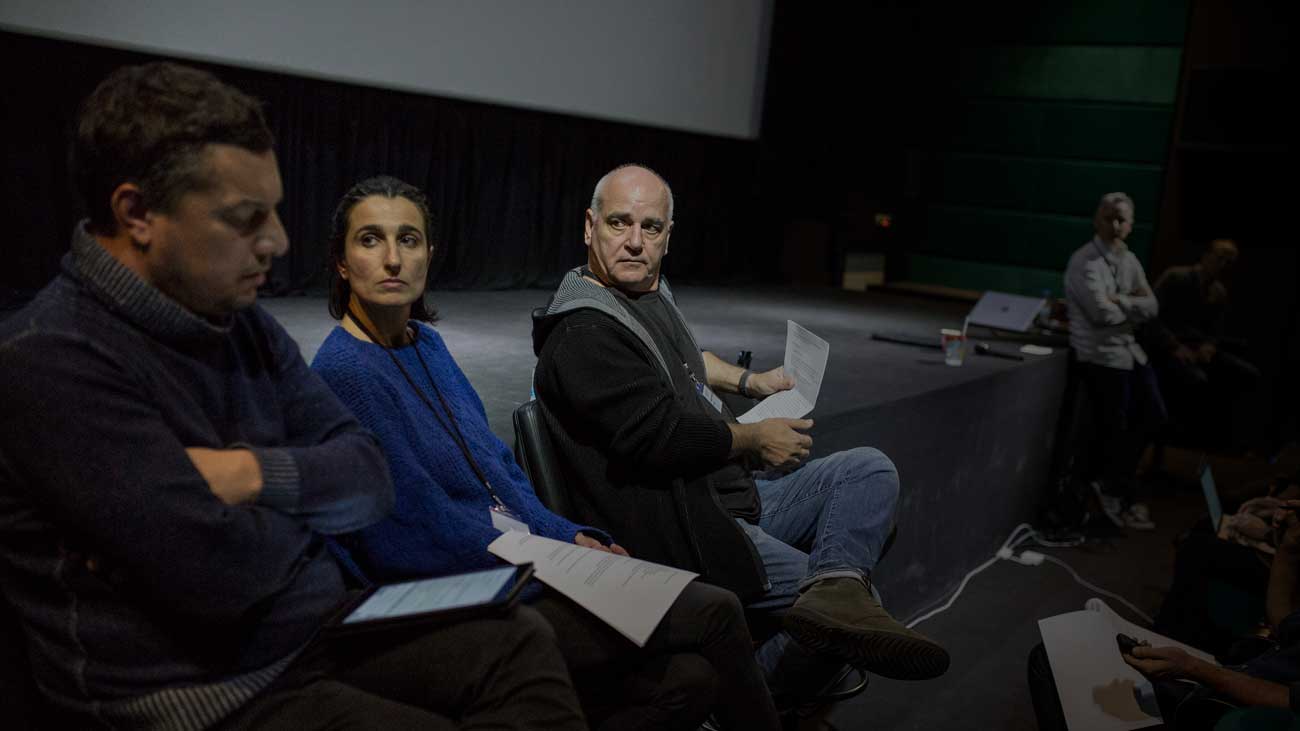 The 10th DPC II Challenge (Athens) closed December 1 2018 after 3.5 days of intense discussion and analysis of production workflow needs. The meeting comprised four fascinating case studies on how to overcome specific production difficulties through better workflow decision-making, a series of top-level technical presentations on issues ranging from digital imaging to shooting on 2K or 4K to architecture of cameras and previsualisation, and expert workflow analysis of eight new and ambitious international projects. In 2018, more than 50 (post-)production professionals were in attendance from 14 countries.

“The idea of DPCII is to offer guidance, to trigger curiosity, to make understand to professionals that technical elements are changing all the time and to give them the necessary tools to help them to progress in their production workflow,” stressed DPC II Project Manager Sophie Bourdon.

Commented Swedish producer Ask of her 2016 experience when she received workflow advice from the DPC II experts. ““They asked me all the right questions, and they also asked me why did I want to do this project. When you see the movie in front of you, what do you see? Why do you want to go this way and not another way? What does your gut feeling tell you.. Also I think that having people [on the production] to make me understand how complicated all these [choices] are, from choosing your camera, how to do your post and everything, made me directly hire a post-production co-ordinator and producer that could take all of that, but with whom I could work very closely.”

The eight projects up for analysis at DPC II this year were diverse in terms of nationality, content and stage of development/production. Three projects were from Greece and there was one each from Romania, Germany, Georgia, Iraq and Sweden. On the closing day, each production team received in-depth workflow analysis from cinematographer Philippe Ros and held one-to-one meetings with Martin Hagemann (producer), Miga Bär (prod tech specialist, Netflix), Florian Rettich (DIT) and post-production expert Tommaso Vergallo (CEO, Noir Lumiere).

Line producer Georgiana Constantin of Romanian Saga Film, attending with her project Metamorphoses, commented at the close of the workshop: “Now I am going to have a discussion with the director regarding the camera choice and the format he chose, and I think we could apply this [suggested] workflow…but I am also going to question the whole workflow that is usually done in my production company because now I have found out there are things that could be really improved.”

Producer Hagemann was particularly impressed by the 2018 participants. “I liked a lot the Greek input, and the energy they put into their projects despite the problems they still have with finance and the despite the low funding they have here,” he underlined, adding, “With the case studies and with the projects, this event is constantly adding this very practical aspect to the workshop. We have experts to talk theoretically to people who have very practical problems, and that gives us a very good structure.”

The DCP II workshop is a FOCAL Resource initiative presented with the support of FOCAL, the MEDIA Sub-Programme of Creative Europe and, in 2018, the Greek Film Centre.