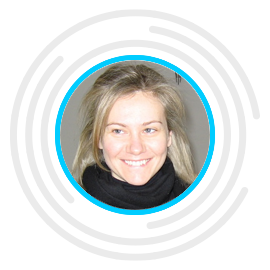 Konstantina Stavrianou co-founded Graal, a production company and a post-production facility in Athens. She oversees the production & co-production sectors for both Greek and international productions and is Graal’s co-managing director.

The company has co-produced 62 films to date and has a portfolio of approximately 420 titles. It has a significant track record, with its films selected for Cannes, Venice, Berlinale and other international festivals. In 2012 & 2013 she has been in the Hellenic Film’s Academy organizing committee of the two-day conference “Riding the Greek Wave” in Athens.

Its first instalment focused on development and festival strategies, while in 2013 on international coproduction and distribution. Since 2014, attends workshops as post-production tutor and is a member of the selection committee at the Berlinale co-pro series and Torino Film Lab.

She is a MEDIA expert, a Berlinale talents alumna and member of the EAVE network.