Posted at 22:51h in News by Sophie Bourdon 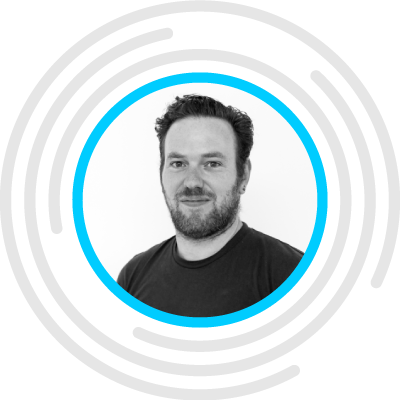 Dutch post-production specialist Miga Bär – formerly of Amsterdam post-house Filmmore, now of Netflix – will assume full ‘expert’ status at this year’s DPC II in Athens, running November 28-December 1. After his significant contribution from both the stage and the floor during the 2017 event, organisers were keen to sign him up for a more expansive role this year.

“I really liked it in 2017, that’s also a reason why I am back,” comments Bär. “Post-production is sometimes frowned upon, or is deemed too difficult or uninteresting, so it is really good that there are workshops like DPC II that translate all the technical stuff into layman’s terms and underline why technical decisions are very often creative decisions as well.”

“So from that perspective this workshop is suitable for everyone that are making movies here in Europe, especially line producers, people in production and on set, and anyone whose job is completed before post-production begins” he adds. “Letting them know why the post-production decisions are effecting production is important, and why they must looking ahead to what how the film will be completed is key. I think DPCII is incredibly successful at getting that point across.”

Bär underlines that while all professionals are welcome, those attending with a project will have more to gain. “Then we really have some concrete things to talk about. It’s way more hands-on than just talking about post- in a general sense. If you are joining the workshop with a project and you let Philippe Ros and the other experts make a workshop schedule for you, then this is really helpful and will enable you to think about your project in a more efficient way, save you costs and bring you more creative results. I am absolutely sure about that.”

In terms of his own contribution to DPC II 2018, Bär will give a masterclass on deliverables – “it isn’t the most exciting part of production, but I’ll try and make it as fun as possible.” On the opening day he will offer a much-needed ‘big – picture’ overview of the processes and personnel that one encounters in post-production, before he and his colleagues get more technical later in the workshop.

“We’re also looking to schedule some breakout sessions on specific subjects. Maybe we will find time for me to get more into colour management and the importance of thinking about the colour pipeline before shooting. This is my favourite topic but, of course, we will cater to the demands of the participants.”

Bär joins Netflix after ten years of top-level post production experience, the last three years as DI Technical Director at leading Dutch outfit Filmmore. In the Netflix role, which will be Amsterdam-based but demanding much international travel, Bär will oversee the digital workflow on Netflix originals to be made in the EMEA region (Europe, Middle East and Africa).

“On the one hand it is making sure that the QC (quality control) process and everything in terms of deliverables goes smoothly, but I think it is also the philosophy of Netflix that their delivery schedules are constructed in a far from random way. They really are future oriented and the delivery items they are requesting are very future-proof – and that is challenging  for people who haven’t worked that way before.”

“So my role will be kind of part-counsellor, part-missionary and part-teacher to the local teams, to make sure that they set up their projects the way they need to be set up.”

Which sounds pretty much like his role at DPC II.