Posted at 22:11h in News by Sophie Bourdon 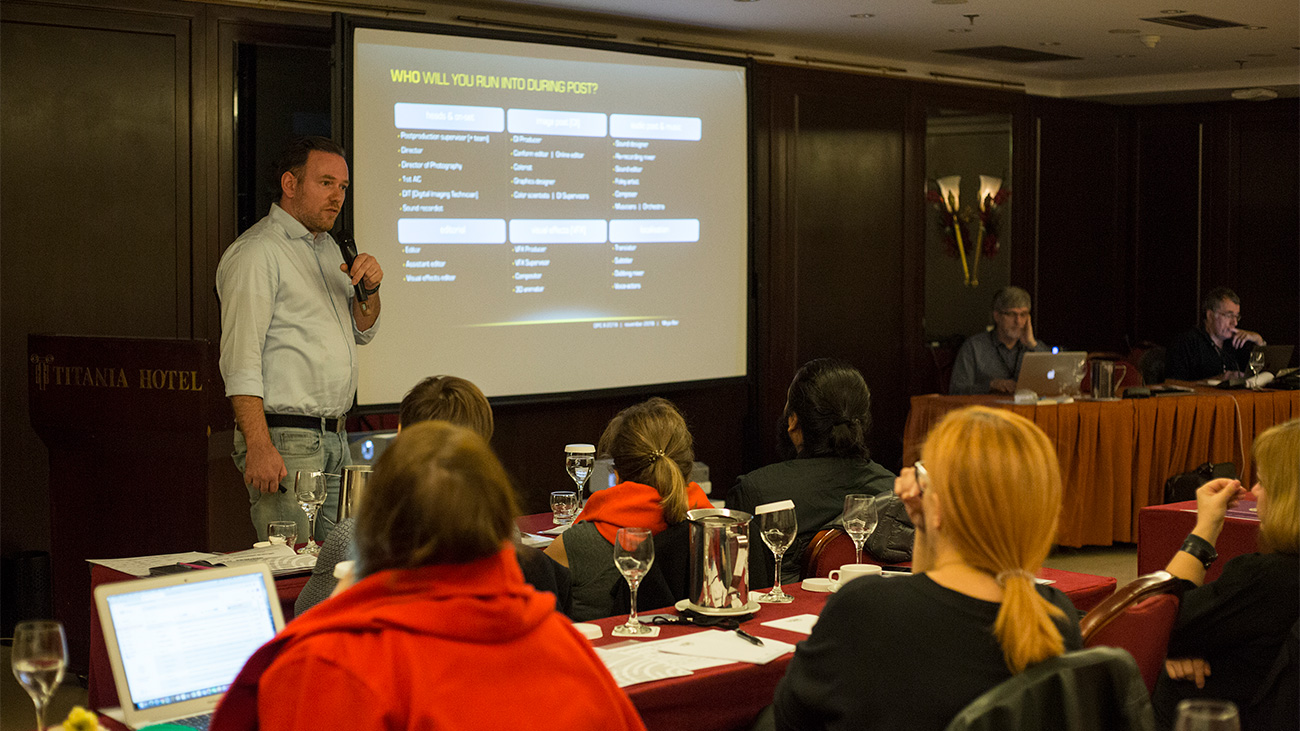 The 2018 Digital Production Challenge II kicked off on November 28 with a key note address by leading German producer Martin Hagemann on the realities of audiovisual production within a digital era that is characterised by disruption of the standard distribution model. “I am totally convinced that we are undergoing the biggest change in film and moving image industry in its existence,” he underlined. But he reminded all present that the biggest disruption within the filmmaking process comes not from industry sectors but from the end-user, the audience. Hagemann quoted leading independent US filmmaker/screenwriter Paul Schrader. “People talk about the golden age of Hollywood in the late 60s and early 70s. It wasn’t that that films were better or the filmmakers were better. It was the audience that was much much better. It was a time of social stress and audiences turned to artists for answers…The moment that a society turns to artists for answers, great art will emerge. It’s just that simple.” Audiences demand answers, Hagemann argued, and these are provided in the form of disruptive art or cinema.

Eight very exciting (and potentially disruptive) projects were presented to DPC II delegates and experts for advice and guidance on their future workflow plans. Three projects are from Greece and there is one each from Romania, Germany, Georgia, Iraq and Sweden. On Saturday morning, each production team will receive in-depth analysis from experts Philippe Ros, Martin Hagemann, Miga Bär, Florian Rettich and Tommas Vergallo. Fellow DPC II Challengers are invited to chip in with their suggestions and know-how.

Two years ago first-time producer Jessica Ask was one such hopeful DPC II participant (Lisbon) who attended with her project Halvdan Viking, an action-packed Viking feature for young and grown-up audiences alike. Following the film’s successful release in Sweden on October 26 (distributor and world sales: SF Studios), Ask returned this year to DPC II, together with DP Peter Mokrosinski, to give a case-study on ‘maximising workflow to provide creative solutions in low budget production’, using her feature debut for illustration.

“It think it was really good to sit down in 2016 with the experts because they asked me all the right questions, and they also asked me why did I want to do this project?,” Ask commented. “When you see the movie in front of you, what do you see? Why do you want to go this way and not another way? What does your gut feeling tell you? Then I would be very honest and say I am really not sure that we should [for example] have this big backlog with green screens, and everything. How are we supposed to get actors to feel like they are in the Viking era if it doesnt feel that way? Also I think that having people [on the production] to make me understand how complicated all these things are, from choosing your camera, how to do your post and everything, made me directly hire a post-production co-ordinator and producer that could take all of that, but with whom I could work very closely.”

DPC II 2018 is organised by FOCAL and FOCAL resource with the support of the MEDIA Sub-programme of Creative Europe and the Greek Film Centre.